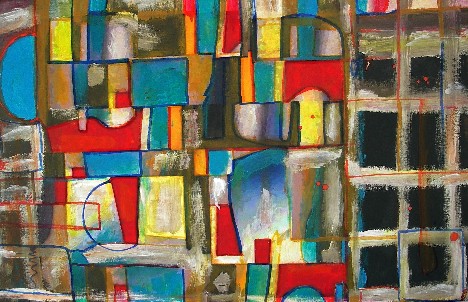 It is my pleasure to announce our Fiarte/Arteuropa

If you are interested to participate please have a look at the conditionsand send your works.

Any comments, questions and suggestions are welcome!

With my best wishes from Coimbra. 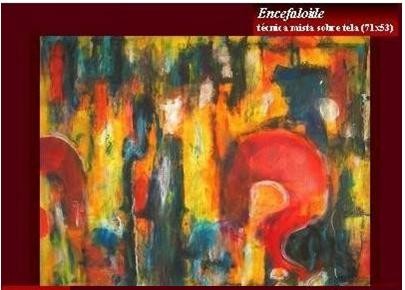 Canvas painted by the artist, inspired on the story of Perseus. This figure of Greek mythology was ordered by Polydectes, king of Seriphos, to decapitate Medusa and bring him her head, which he intended to give as a gift to Oenomaus, king of Pisa, in order to marry his daughter Hippodamia. To achieve this goal, the heroic Perseus sought the magic of certain African nymphs who generously gave him several magical items: a knapsack, a pair of winged sandals, a polished bronze shield (to neutralise the petrifying gaze of Medusa’s sisters with its reflection) and a helmet which made the wearer invisible. When Perseus beheaded Medusa, using a scythe with a diamond blade given to him by Hermes, Pegasus and Chrysaor were born from the stump of Medusa’s severed neck.

Perseus picked up Medusa’s severed head and placed it in the knapsack given to him by the nymphs in order to keep it fully covered, as her evil power was so great that the eyes would turn to stone anyone who saw them, even after her death.

A teacher in higher education with a PhD in Medicine, he has been devoted to Painting since 1975.

His work was exhibited for the first time at the “Exposição Artistas de Coimbra” [Coimbra Artists Exhibition] organised in 1988 by the XI Congresso Nacional de Ortopedia [XI National Orthopedics Congress]. An associate of the Movimento Artístico de Coimbra [Coimbra Artistic Movement] from 1988, in 1994 he began collaborating in the teaching of Artistic Anatomy to students of ARCA-ETAC.

He was Associate Professor at the Coimbra University College of Arts, where he taught Theoretical Anatomy (1st and 2nd year of the various licentiate’s degrees) until 2008.

He is represented in a number of private collections, mainly belonging to collectors in the Portuguese and Brazilian university environment.